Any Dimension D, SDX-330, or CE-20 owners out there know what button combination gets this sound? I guess I could include Eventide Orville/H7600/H8000 owners here since there is supposed to be a pretty good emulation of it on those units too–I really want to know if Steve was using just one of the four presets by itself, or one of the button combinations that you could do (1+3, 2+4, etc.). I want to try to get as close as I can to this sound with my Intellifex’s 8-voice chorus algorithm, as I would definitely be able to match all the different depths and LFO rates with it (though unfortunately not the triangle waveform–if only these things could be modded!).

To the best of my memory, i usually used the Dimension D at the button 3 setting. I have an Eventide H7600 and the Dimension D preset nails this perfectly. Signal flow for that song was as follows. Guitar-Boss Compression/Sustainer-Scholz Rockman-Roland Space Echo-Dimension D.

How would you know this? I don’t hear a Space Echo at all. My male friend knew the guitar player in Billy Idol’s band and told me the secret.

Maybe you should check out who´s playing with Billy Idol. (…)

Yes, that’s the guy. I get close with a BOSS DC-2 but you can only select one preset. Number 3 sounds closest. Great tune, probably my favorite from that Idol era but I always loved “Prodigal Blues” on Charmed Life.

Umm…he’d know, because HE IS the guitar player with Billy Idol.
You do realize that it is STEVE STEVENS answering the question, right?

Ummmm…..OK and I’m the real Don Barzini that took the camera from the paparazzi that was trying to take pictures at Don Corleone’s daughter’s wedding

I do know for sure he’s on the board once and a while.

Yes, i did previously post as stevensagogo but lost the password etc. There was a touch of delay used on Flesh from the Space Echo…just to give it some air, might be somewhere about 500ms. I can’t remember if i had the chorus engaged on the rock man. Mainly it was used give me even more compression. That guitar track is squashed to the hilt…i had to ride a volume pedal the whole recording because with all that compression, the noise floor was really high. You can still hear pickup buzz in places. The guitar was a Kramer Pacer with a Floyd.

Had the Rockman modules even been introduced when Rebel Yell was released? According to rockmancentral.com the Stereo Chorus was produced from 1987 to 1994, the Stereo Chorus/Delay from 1985 to 1987. Might have been some other unit between Boss Compression/Sustainer and Dimension D. Anyway – I just tried dbx 163x into Rockman stereo chorus into Roland Dimension D and it sounded pretty convincing.

Hey Guys,
The Rockman i used was not the module, it was the first generation walkman type. Back then someone had designed a rack mount unit that the Rockman slid into and gave you a 1/4″ output. If i remember correctly i only used one side and sent that output into my old pedalboard which contained the Boss compressor and volume pedal. The signal was mono up until the point it hit the Dimension D. 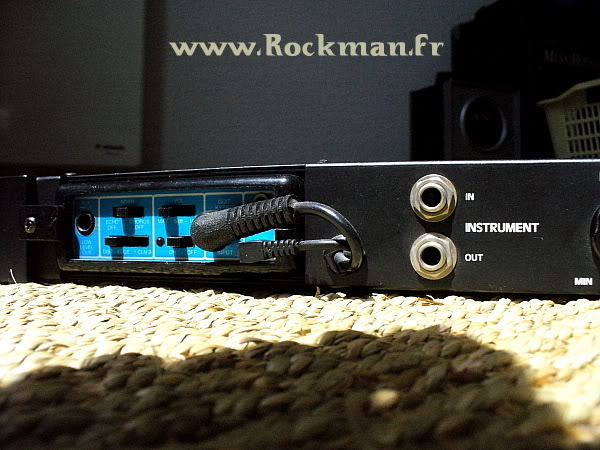 Next
Rig Rundown from the 2013 Billy Idol tour